When She’s Stronger Than Her Man in Bed 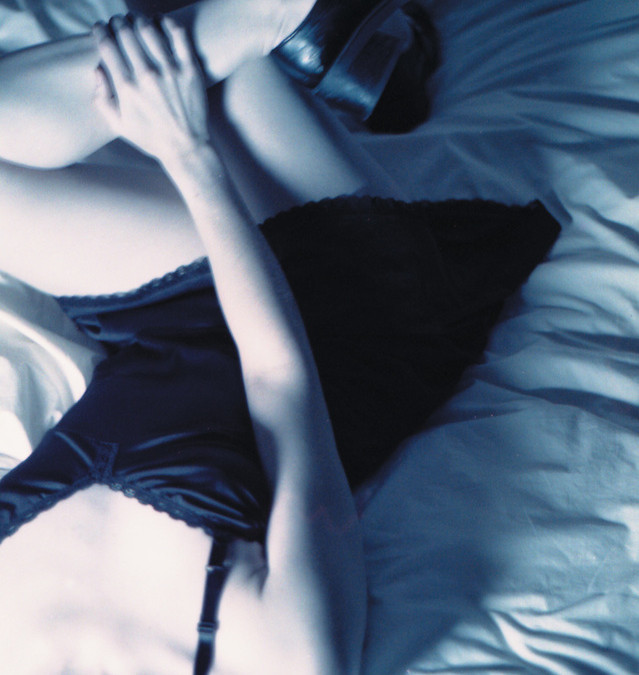 Vulnerability and surrender are feelings we love to hate. For example, Oxford Dictionary defines vulnerable as “susceptible to physical or emotional attack or harm,” and surrender as “cease resistance to an enemy or opponent and submit to their authority.” Who wants to feel that? No you, and not me, either. Furthermore, pairing those feelings with sexual situations sounds more like torment than ecstasy. Right?

Well, it’s actually not that simple. At least in relationships where a woman feels safe and trusting, feeling vulnerable is part and parcel of great sex. Think about it – what was the best sex you’ve had in your life? You might recall that sex at the beginning of a romance was the most exciting – a time when you were getting to know your partner, and they were getting to know you. You showed yourself intimately to someone new, hoping to be embraced rather than rejected. What’s that, if not vulnerable? Other people commonly site that their best sex ever involved activities that were new for them, or slightly anxiety provoking. Again, all situations that provoke feelings of vulnerability.

And now let’s consider surrender – what’s that got to do with it? Well, female surrender is primary element of erotica – including the 50 Shades of Grey trilogy, the Twilight series, and just about every romance novel ever written. Women consistently find sexual surrender extraordinarily enticing, at least in fantasy. In all of these scenarios, a woman ultimately submits sexually to a stronger, more powerful male. Think about it – orgasm itself is an emotional and physical surrender – a profound sense of letting go.

So, what do you get when you mix vulnerability, surrender, and sex? An erotic cocktail that few women would turn down, at least with the right partner. But here-in lies the problem. For vulnerability and surrender to feel sexy rather than offensive, a woman cannot feel stronger than her partner. No one will surrender to a weaker force. So, if a woman feels stronger than her man in bed, she will resist these sensations that can naturally lead her to bliss. But today’s modern woman has stretched and developed herself to the point that she feels not only equal to men, but she’s become as good at being a man as her man is. She’s not going to surrender to her equal – or worse, a man who allows her to dominate their relationship.

Of course, you can have great sex without feeling vulnerable. But never feeling vulnerable in the bedroom is a sure-fire recipe for sexual boredom, at least for most women. Certainly, the solution is not for women to go backwards in time, to give up their strength and power. Instead, I suggest it’s time for us to move forward. The future of sex in committed relationships must involve growth from men and women. Men must learn to re-own their power and express it in ways that support women and themselves. Women must embrace and cultivate the delicious sensations of vulnerability and surrender in their daily lives, so they have more access to these emotions in sexual situations. It’s time for men and women to work together, rather than in opposition, to create the delectable moments that make sex fabulous.

The Future of Intimacy